"Some people have heard of  RJ Mitchell, fewer know he was the mind behind the Spitfire, but you can put money on the fact that even fewer have heard of Joe Smith, but it was Joe smith who was behind the team that transformed the Spitfire into the iconic aircraft it has become today. Joe took over from Mitchell as chief designer after Mitchell's untimely death, had this not been the case then it is likely that the Spitfire would become yet another aircraft designed by Mitchell. However Joe Smith took Mitchell's design and created 24 unique models of Spitfire with 40 variations. This concept kept the factories building essentially the same aircraft up to the point where they were producing 6 per day at Castle Bromwich. We owe a great debt to Joe and his team and this is why we have a Spitfire carrying his name, to pay tribute to him and all the design team. This particular Spitfire will carry the squadron code  from one of the many young Spitfire pilots who never returned from their first combat sortie."

Joseph Smith was educated at Yardley secondary school and Birmingham Municipal Technical School. After leaving Birmingham Municipal Technical School in 1914 he started an apprenticeship with the Austin Motor Company. The First World War had started in 1914 and Joe Smith joined the R.N.V.R. to serve on the naval motor launches during the period of the war.

After the war Joe Smith then returned to Austin’s to complete his engineering apprenticeship. By this time Austin’s had moved into aircraft production and he was transferred to the aircraft section where he became a junior draughtsman in their airplane drawing office

In 1921 he moved to Vickers-Armstrongs as a senior draughtsman, becoming chief draughtsman five years later.  Working under Mitchell, Smith was heavily involved with the early design of the Spitfire and was appointed Chief Designer after Mitchell's death in 1937. Smith continued development of the Spitfire and was later involved with designing the Supermarine Spiteful, Supermarine Seafang, Supermarine Attacker. It was the experimental swept-wing version of the Attacker that eventually became the Supermarine Swift, a single engine jet fighter for the RAF in the 1950s. Joe Smith was very proud of his achievement with the Swift, including its success in breaking speed records.  On the 5 July 1953 Mike Lithgow broke the London-Paris speed record, averaging 671mph (1079.86 kph) for the 212.5 miles (342 km) distance, and on 26 September 1953 Mike Lithgow piloted an F Mk 4 (WK198) at 737.7 mph (1187.21 kph) and broke the World Speed Record in North Africa.

Joe Smith was appointed as a special director of Vickers-Armstrongs Ltd in 1948 and served as chairman of the board of the Society of British Aircraft Constructors from 1948 to 1951. In 1950 he was awarded the silver medal of the Royal Aeronautical Society. He died at Chandler's Ford on 20 February 1956. 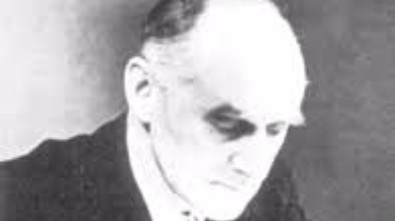 Get Involved Become a Supporter Everything Spitfire We use necessary cookies to assist with logging in and out, navigation and other vital tasks. You can disable these cookies in your browser but this will cause this site to cease to work properly.

When we use optional cookies you will be able to turn these on or off in this panel.

This site will set a cookie to remember your choices.

Google Analytics cookies are used to collect and report anonymous information on how you use the site.